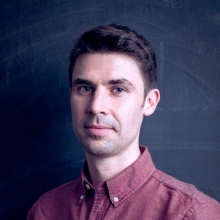 Robin Davies works across SLAM’s slate as Head of Production.

Prior to SLAM Robin enjoyed four busy years working with Kevin Loader and Roger Michell at Free Range Films, working across all Free Range productions including LE WEEK-END, the BAFTA-winning THE LOST HONOUR OF CHRISTOPHER JEFFERIES and on BIRTHDAY.

Robin’s career started at Number 9 Films, where he worked as producer’s assistant to Elizabeth Karlsen, working on films including HOW TO LOSE FRIENDS & ALIENATE PEOPLE, MADE IN DAGENHAM and SOUNDS LIKE TEEN SPIRIT.

Robin is a graduate of the Film & Television department at The University of Warwick. 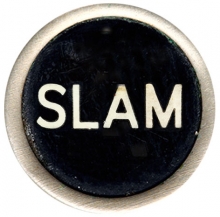 Louise started her career with at the National Youth Theatre playing leads in the West end. She went on to work continuously on Stage and in TV with work ranging from MRS BUDDY HOLLY in the West End to Stallone’s JUDGE DREDD.

Louise has over 50 film and television credits to her name, in both the UK and US. Amongst many successful and popular shows, Louise is possibly best known for her role as Lia in critically acclaimed NO ANGELS, that ran for three seasons on Channel 4. Her extensive credits include DIRTY WAR (HBO/BBC) THE CHATTERLEY AFFAIR (BBC4), TORCHWOOD, THE BIBLE (HISTORY channel) DRACULA for NBC/Carnival and most recently as Colette Sheward in HOLBY CITY. Louise recently completed filming on HOUDINI & DOYLE for Fox and ITV.

In recent years Louise has successfully turned to producing alongside her acting career. She produced SLAM’s adaptation of Joe Penhall’s BIRTHDAY with Kevin Loader that aired on Sky Arts in June 2015 to rave reviews. The show starred Stephen Mangan and Anna Maxwell Martin, and was directed by Roger Michell. Louise also co-produced the feature film THE LIST (Sienna Guillory).

2016 will see the release of feature film AWAY, starring Juno Temple and Timothy Spall. It was written by first-time writer Roger Hadfield and directed by David Blair. Louise co-produced with Gateway Films.

Stephen first came to the nation’s attention as Adrian Mole in the BBC TV series ADRIAN MOLE: THE CAPPUCCINO YEARS and then as womanizing anaesthetist Guy Secretan in the cult series GREEN WING. The hospital-based comedy won a BAFTA and was named Comedy of The Year at the British Comedy Awards.

He recently filmed a 10-part series for FOX and ITV playing Arthur Conan Doyle in HOUDINI & DOYLE and will shoot series 5 of the Emmy, BAFTA and Golden Globe nominated EPISODES alongside Matt LeBlanc later this year.

His career has spanned film, TV, theatre and radio, working with the cream of British and American talent. Films include BIRTHDAY GIRL, Brit rom com CONFETTI, FESTIVAL, BILLY ELLIOTT, BEYOND THE POLE and RUSH directed by Ron Howard.

Mangan has played Tony Blair in both THE HUNT FOR TONY BLAIR and RED TOP for The Comic Book Presents series and provided the voice for Postman Pat in POSTMAN PAT: THE MOVIE.

On stage Stephen has worked extensively worldwide. He was TONY nominated for his performance as Norman in THE NORMAN CONQUESTS on Broadway and in 2013 he and Matthew Macfadyen starred as Jeeves and Wooster in PERFECT NONSENSE in the West End winning the Olivier Award for Best New Comedy. In 2015 he starred in RULES FOR LIVING at the National Theatre. 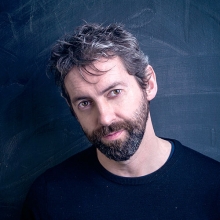 In May 2016 Robert was announced by Creative Review as one of the UK’s top 50 Creative Leaders.

A critically acclaimed theatre, television director and opera director, Robert has directed over 40 productions in theatres such as The Donmar, Royal Court, Almeida, Hampstead Theatre, RSC and the West End including Rhys Ifans in ACCIDENTAL DEATH OF AN ANARCHIST, Tom Hardy in Stephen Adley Guirgis’ IN ARABIA WE’D ALL BE KINGS, Jason Isaacs in Gary Mitchell’s THE FORCE OF CHANGE and Jimmy Nesbitt in SHOOT THE CROW. He co-founded Digital Theatre and Digital Theatre Plus, respectively the world’s leading performing arts and arts education platforms, for which he has directed all 23 of their live captures of theatre and opera productions, including Richard Armitage in The Old Vic’s THE CRUCIBLE, Lesley Manville in Almeida’s GHOSTS, David Tennant and Catherine Tate in SFP’s MUCH ADO ABOUT NOTHING and most recently the Glasgow Citizens/Tricycle Theatre production of Sam Shepard’s TRUE WEST. He continues to work as a consultant for Digital Theatre and serves on the board.

Robert was formerly Creative Director of Amnesty International where he oversaw all their media output and cultural events including the 60th UNDHR anniversary project, where 30 of the world’s leading writers were commissioned to produce short stories based on the articles of the Universal Declaration of Human Rights, subsequently published under the title Freedom. He is a trustee of English Touring Theatre and The National Youth Arts Trust.

Sandeep Mahal joins Slam Films as Literary Consultant. She will work with Slam’s creative team on all literary acquisitions and serve as the company's primary liaison with the publishing industry, and in that capacity will identify book-to-film/TV opportunities.

Sandeep was until recently Director of The Space - a commissioning agency supporting greater digital access to the arts co-founded by Arts Council England and the BBC - and launched their major partnership initiatives, international prizes and Open commissioning schemes, developing artists from a range of backgrounds to engage with digital media and technology. A librarian by training, she worked in public libraries for ten years and was formerly Head of Partnerships at The Reading Agency. Here she led a powerful partnership consortium transforming the way UK publishers and the public library network collaborated, taking a leading role in re-imagining the library experience for a digital age. She was a judge for the Fiction Uncovered Prize in 2013, named The Bookseller’s Rising Star in 2012, awarded a Fellowship from the Clore Cultural Leadership Programme in 2013 and chaired FutureBook, Europe’s biggest digital publishing conference in December 2015.